Obesity: The Dying Art of Eating 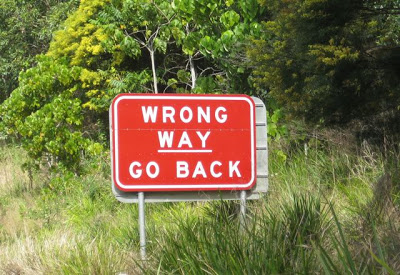 Fat and NOT Happy:  Where did we go wrong?  How did we loose our sense of healthy eating and cooking that have sustained humans for thousands of years?

‘Dibesity’:  Almost every day we hear and read news stories about the epidemic of obesity that is sweeping the world and with it associated health problems like diabetes and heart disease. Elizabeth Farrelly (Sydney Morning Herald July 21 2011) wrote about the aptly named ‘doughnut effect’ in Sydney where the spike in obesity/diabetes was affecting the poorer outer suburbs – forming a ‘fat circle’ around the more affluent inner city ones which were largely untouched.

Conversely, the more affluent burgeoning middle classes of the emerging economies, like China and India, have in the last ten years seen an average 25% rise in obesity and with it diabetes.

In India, since 2000, 100 million people have become fat who were not fat before – a population the size of Germany! (BBC World Service Health Check)

This is the most serious medical and economic crisis that is affecting the whole world.  Our systems will not be able to cope with the pressures put upon it.


Affluence is killing us: How did we allow ourselves to be so seduced by the global industrial food giants and fast food peddlers?  I am eternally grateful that I was too dumb for the Latin class at high school did Domestic Science and learnt basic cooking and nutrition instead – the most useful things I ever learnt.
Rule 4 “Eat FOOD. Not too much. Mostly Plants”*

Most of the blame can be laid fairly and squarely on the industrialisation of our diet.For the past sixty years we have been led a merry dance by the food industry, agog at all the claims they have been making about what kind of diet is good for us and hijacking the fundamentals of good nutrition.

Nutritionism is good for the food business, but is it good for us?

All of our uncertainties about nutrition should not obscure the plain fact that chronic diseases that now kill most of us can be traced directly to the industrialization of food: the rise of highly processed foods and refined grains; the use of chemicals to raise plants and animals in huge monocultures; the superabundance of cheap calories of sugar and fat produced by modern agriculture; and the narrowing of the biological diversity of the human diet to a tiny handful of staple crops, notably wheat, corn and soy.

Where is the life we have lost in living?
Where is the wisdom we have lost in knowledge?
Where is the knowledge we have lost in information?
Choruses from The Rock (1934)  T.S. Eliot
Teach Your Children Well:  Our town has recently had an almighty battle on it’s hands to keep Woolworth’s out – we lost.  I found out today that Woolworth’s had been up to my granddaughters’ primary school doing a PR spiel and offering ‘free apples’ – sounds like the wicked stepmother in Snow White to me!  Resist this kind of insidious bribery.

FACT:  Woolworths and Coles supermarkets currently have an 82% share of the food market sales in Australia. 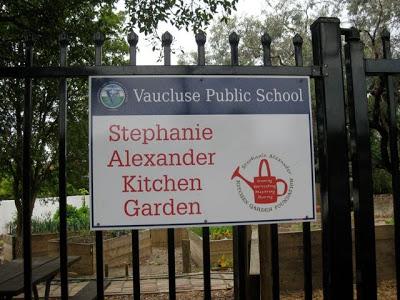 (On a recent visit to Sydney I visited my children’s old public school and was thrilled that they had achieved what I had tried to do 25 years ago – created a kitchen garden, installed a kitchen for them to cook in AND introduced gardening and cooking into the curriculum – Yeh!!………………)

Turning Back the Tide:  My unsung hero number 2 is Australian chef/cook book writer/ school food garden guru – Stephanie Alexander – a modern day King Canute.Almost singlehandedly she has turned the tide with her food gardening/cooking school’s programme which has been running since 2001.  Why did she do this?  Because she was working with trainee chefs that didn’t know how a bean grew or how you harvested it.  Her store of knowledge from childhood had not been passed to the next generation.

FACT:  One can of soft drink has an average of TEN teaspoonfuls of sugar.  This is converted to fat in the body.

Children have to learn about how food grows and how to cook it.  This is where most the community/school gardens I have worked with, over the past 25 years,  have ultimately failed – NO harvesting/recipes/cooking/eating element was included in the grand design. 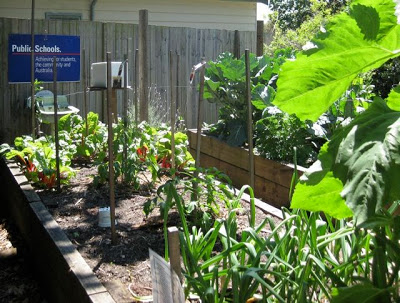 We need to complete the circle of finding the shortest route from the earth, to the hand and the mouth.  Along with organic food gardening and nutrition, these subjects should be part of every school curriculum.

Armed with this knowledge we can make more informed decisions about what we put in our mouths and ultimately take responsibility for our own health and well-being. 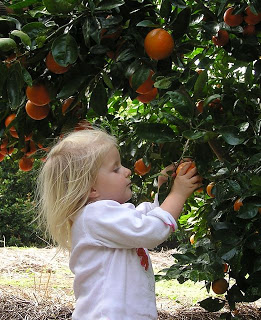