Hey farmer, farmer, put away that DDT now
Give me spots on my apples but leave me the birds and the bees (please!)
Don’t it always seem to go
That you don’t know what you’ve got til it’s gone
They paved paradise and put up a parking lot
Joni Mitchell 1970 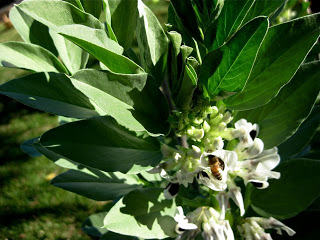 “Pesticides Linked to World Decline in Bee Numbers”
It seems that we still are not learning the lessons.  In today’s Sydney Morning Herald they cite an article that recently appeared in Science quoting findings from research into a relatively new class of pesticides called neonicotinoids.  Their findings showed  that these pesticides clearly have harmful effects on the activity of bees and beehives and may go a long way into unravelling the mystery of the wordlwide decline in bee numbers.“Growing evidence for declines in bee populations has caused great concern due to the valuable ecosystem services they provide. Neonicotinoid insecticides have been implicated in these declines as they occur at trace levels in the nectar and pollen of crop plants. We exposed colonies of the bumble bee Bombus terrestris in the lab to field-realistic levels of the neonicotinoid imidacloprid, then allowed them to develop naturally under field conditions. Treated colonies had a significantly reduced growth rate and suffered an 85% reduction in production of new queens compared to control colonies. Given the scale of use of neonicotinoids, we suggest that they may be having a considerable negative impact on wild bumble bee populations across the developed world.”
http://www.sciencemag.org/content/early/2012/03/28/science.1215025Suggested reading for all Agro-chem bods at Monsanto and Bayer – Silent Spring by Rachel Carson with Joni Mitchell’s Big Yellow Taxi on replay.  I didn’t think that when I was doing this in the 1970’s that by 2012 it would be still be relevant or, indeed, necessary.

UPDATE TO THIS STORY – Good News!  This story from the Guardian Newspaper 29 April 2013 with the European Commission taking the lead on banning the neonicatinoid classes of pesticides.  Now we just need Asia/India/Americas and Australasia to follow their lead??

“Europe will enforce the world’s first continent-wide ban on widely used insecticides alleged to cause serious harm to bees, after a European commission vote on Monday.

The suspension is a landmark victory for millions of environmental campaigners, backed by the European Food Safety Authority (EFSA), concerned about a dramatic decline in the bee population. The vote also represents a serious setback for the chemical producers who make billions each year from the products and also UK ministers, who voted against the ban. Both had argued the ban would harm food production.”


Go to this link for the full story. http://www.theguardian.com/environment/2013/apr/29/bee-harming-pesticides-banned-europe