Postcard from Britain 4 – The Swinging Sixties

Where Did the Swinging Sixties Start?

Me and ‘The Dirty Duchess’ 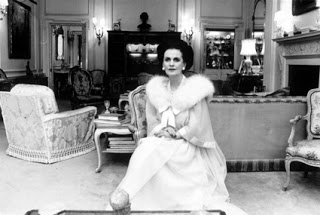 Two degrees of separation!!  I saw in the Times this week 48 Upper Grosvenor Street, Mayfair was up for sale and in surged a flood of memories.  This was the home of the Duke and Duchess of Argyle and she was was at the centre of a scandalous divorce in 1963 and is said to be the catalyst for the start of the ‘Permissive Society’ and the ‘Swinging Sixties’.

When the Duke of Argyle filed for divorce he stated that his 52 year old wife had had 88 lovers and provided as evidence a polaroid snap of the back of his naked wife in a sexually compromising position with an unknown naked male (not the Duke).  He appears as a headless torso and was said to be either Douglas Fairbanks Junior, Duncan Sandys (Secretary of State for the Colonies), or a member of the Royal Family.  The Duke said it was clearly his wife in the photo, positively identified by the family pearls she was wearing – in fact the only thing she was wearing!!

So lurid were the goings on at number 48 that Phillip Larkin later declared that 1963 was the year that `’sexual intercourse and the swinging sixties began’.

How, you may ask did I become involved in this hotbed of history making?

In 1972 I worked next door to the Duchess at number 44.  Her chef, Giovanni,  just happened to be the landlord of the building I was living in Penge. south east London, as a newly married 22 year old.  At lunchtime I would slip out the back door of number 44,  of the pharmaceutical company that I was working for,  into the cobbled mews at the back and down into the basement of number 48 for a delectable lunch – courtesy of the Duchess and cooked by Giovanni.  He was Italian and like to spoil me because I was pregnant.  Lobster bisque, pheasant and chocolate delectables were often on the menu – no sandwiches from Marks and Spencer’s for me.

My life was never as racey as the Dirty Duchesse’s, but I like to think that via her basement  I got a peephole into the movers and shakers of the Swinging Sixties.

NOTE:  I did scream at a Beatles concert at the Lewisham Odeon in 1964,on the bill with Chuck Berry, Ike and Tina Turner, the Yardbirds and Small Faces.  But my favourite were the Kinks (“Girl, you really got me going”) and the highlight of my week in 1966 was to go to the Marquee Club on a Friday night and see this hot group with a really steamy lead singer called Mick Jagger.  Oh, and I did marry a base guitarist. 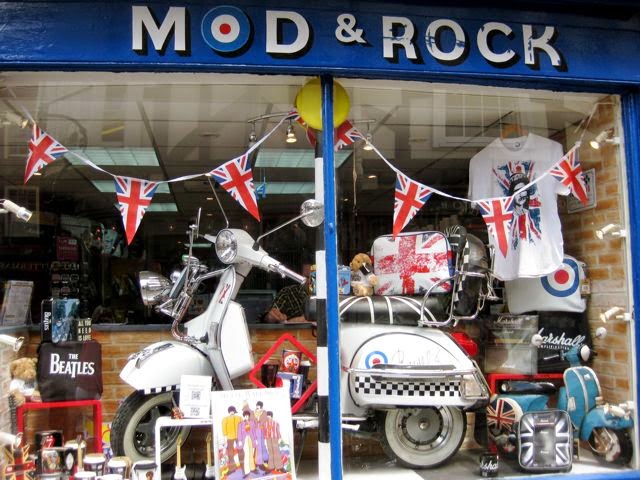 NOTE:  Upper Grosvenor Street formed one side of the once beautiful Grosvenor Square flanked on three sides by lovely Georgian terraced houses – home to the rich and famous of this, the heart of Mayfair.  I always found it incongruous that the western side of it was dominated by an extremely ugly Stalinist concrete building that looked like the headquarters of the KGB – in fact the American embassy.  I was reminded of the impovrishing devastation to the architectural heritage imposed on the heart of London during the 1950’s when I saw the ugly buildings along the Thames, that now dominate, during the Jubilee regatta.  The Times had comparative images of Canaletto’s painting of a similar scene from the 18th century where the Thames was then flanked by buldings full of grace and beauty (and you could see St. Paul’s and not just the dome poking above a large grey concrete lump – the Gherkin or Toaster, or some such monstrosity!)