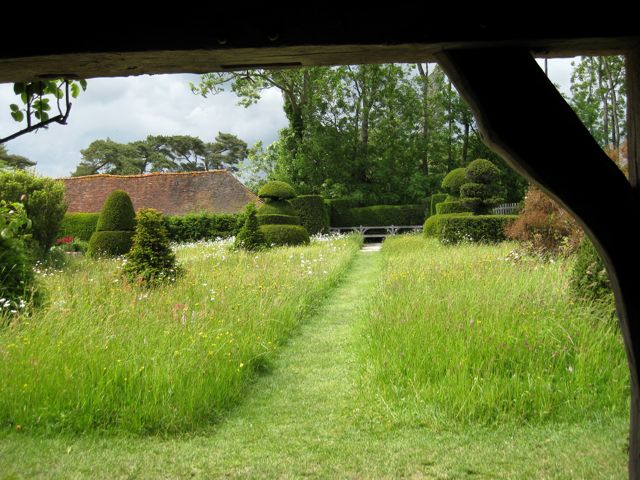 View from the ‘Hovel’ across the Topiary Lawn

Saving the Best for Last

I really knew nothing about Great Dixter before we paid a visit at the end of our UK trip.  I did have a small notation in my ‘little black travelling diary’ with a star beside it (which means in my shorthand ‘try and do if possible’) so I had seen something about it somewhere, but I wasn’t sure where or why?

Well!  What an absolute joy.  My husband Michael is not a gardener ( but he knows a good thing when he sees it!!)  and as soon as we walked in through the gate his jaw dropped open (mine was already on the ground) as he was exclaiming “oh my god” (along with a coach-load of French gardeners who had come for the day across the Channel – one of the joys and curses of being in Europe)

Great Dixter in Sussex is a 15th century house (Tudor style) and is unusual in that the gardens surround the house – one leading to the other – with views from the house to every part of the garden and back to the house again, which forms the central focus and gives feeling of intimacy.

The first glimpse of the house itself is truly a surprise being the oldest, largest example of a Tudor Hall in the country; it sits, like a timbered, reclining hulk in the middle of this glorious garden and is still occupied by members of the Lloyd family  Be sure to get a house and garden ticket – you won’t be disappointed. (I would have given my favourite trowel for a few of the plant books in the magnificent library) 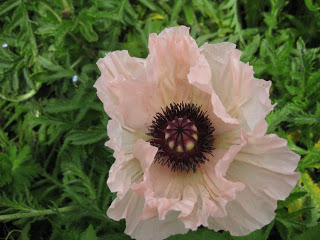 The modern history of the estate, and what we see today, starts with its purchase by Nathanial and Daisy Lloyd in 1909.  They then employed the eminent English architect Edwin Lutyens (famous for designing New Delhi) to help with extensions to the house and design of the garden.

Though Nathanial Lloyd began the gardens, it was his youngest son Christopher (Christo), born in 1921, who would make Great Dixter one of the most beautiful private gardens in the world. He lived there permanently from 1954 until he died in 2006. 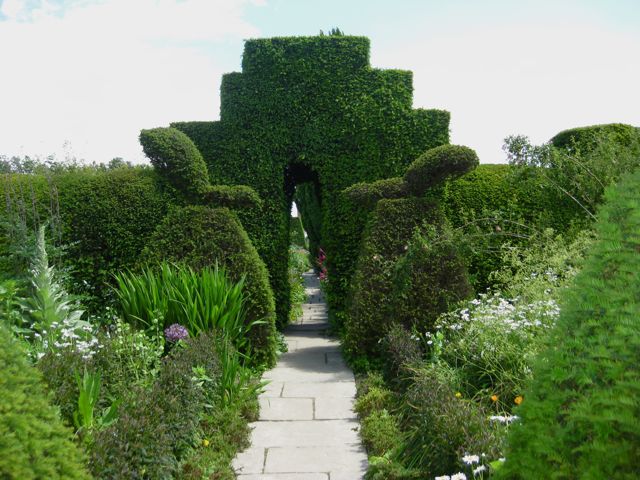 Gardening is the English national passion as much as football.  In fact the whole landscape is cultivated (it’s hard to find a ‘wild’ place anywhere in England) and you are often looking at a rose bush or hedge that is a hundred plus years old – there are beautiful plants and gardens everywhere.  (The Chelsea Flower Show had just started when I arrived and the BBC devoted hours of prime-time broadcast every day for a week to this one spectacular garden show).  Gardeners here are stars of radio and television and, unlike footballers, write their own books. This was certainly true of Christopher Lloyd who was as much a writer as plantsman and gardener.  Finding out about all of this made me realise that I had ‘known’ him for a long time having, over the years, read some of his articles, but just not associated him with this fabulous garden that is Great Dixter. 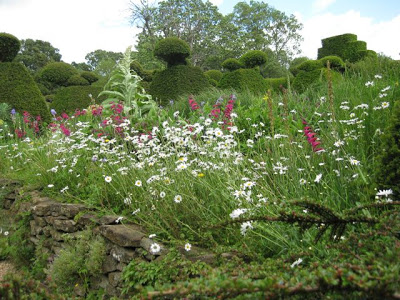 This is not a fluffy cottage garden.  You are greeted with a view up to the house over breathtaking flowering meadow full of colour and movement with some ancient gnarled-trunked pear trees dotted here and there.

The meadows throughout the garden were a particular love of Christo’s mother, the aptly named Daisy – not an easy project to implement because wild meadows only grow on impoverished soils and usually means scooping tons off the top layer.  Well, a hundred years of perfecting the ‘dream’ have paid off – they are an absolute glory and only mown twice a year (so make sure you go when they haven’t been mown) Sadly, 95% of meadow habitat in the UK has disappeared since the second world war which has resulted in a tragic decline of wildflowers and assorted wildlife – but the meadows at Great Dixter are going some way to demonstrate their beauty and conservation which go hand-in-hand with their year round education programme and workshops. 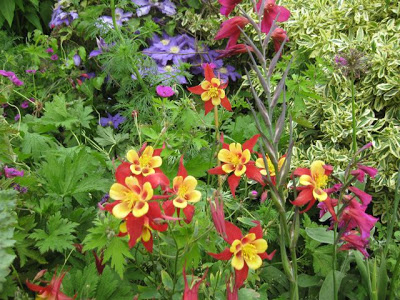 Your are then lead seductively around the garden along flagged pathways and clipped yew hedges to catch views into other ‘rooms’ via archways and gaps in the planting. Plants take centre stage at Dixter and Lloyd was renowned for his flamboyant use of strong colour, with blooms from the earliest spring bulbs right up until the first frosts of autumn – much of it self seeded from season to season.

The fantastic groupings of vibrant flowers, grasses, shrubs and trees was breathtaking. 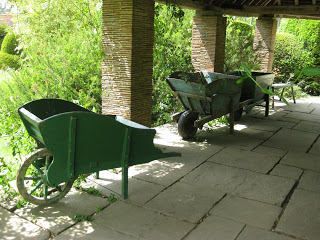 Every kind of skill a gardener has at their fingertips is in evidence at Great Dixter; dry stone walls, flagging, topiary, espalier, hedges clipped to every size and shape imaginable, woven willow plant supports and screens, water features, sunken gardens, potted plants and so it went on. 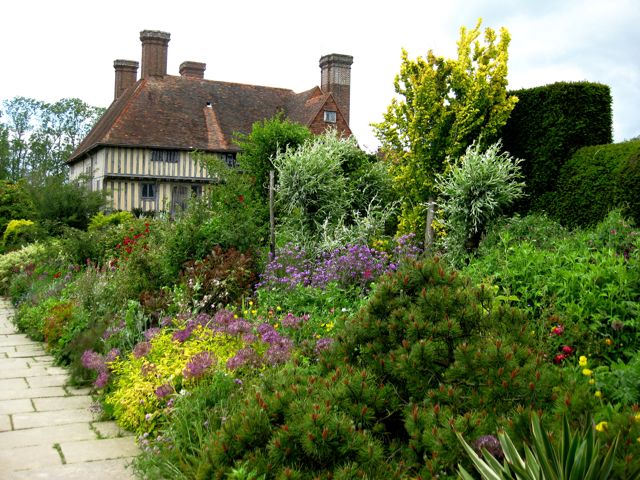 Apart from the meadow garden you also have the joy of discovering the high garden, the lavender garden, the sunken garden, the topiary lawn, the rose garden and the long border – which he made 300ft (100 yards) long. Enough to keep you busy for a lifetime.

If you can drag yourself away there is also an amazingly productive vegetable garden; the largest compost heap I have ever see; orchards and fantastic propagation area and retail nursery. 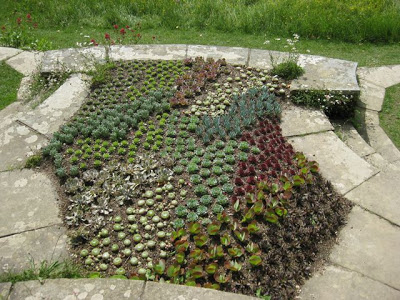 What this garden said to me was that here is NATURE in all its glory and here is the dedication, ingenuity and skill of MAN.  They have had a very happy marriage where they complemented and enhanced each other without domination – in other words HARMONY reigned.

Fortunately the task of maintaining this balancing act is in the good hands of a private trust and the head gardener of 15 years, Fergus Garrett – who was an apprentice gardener to Christopher Lloyd.  The character of the place is still very much of those who lovingly created it and tended it for over a hundred years.  Unfortunately, this cannot be said for other houses and gardens that become ‘National Trusted’, like Sissinghurst. 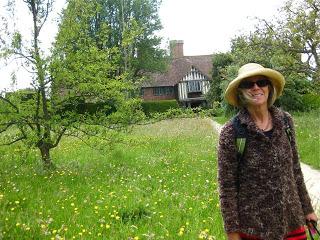 Do put Great Dixter in your little black book – with lots of stars next to it – and make sure you go between spring and August (because they do their first cut of the meadow sometime in August and you will miss it!).

NOTE:  For an inspirational story about the Coronation Meadows project – an initiative of Prince Charles AND why everyone should have a meadow – go to this link.