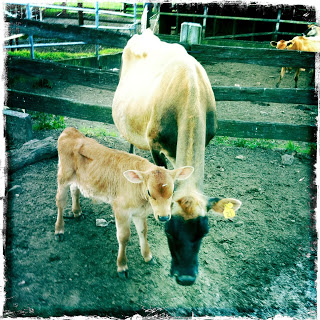 A couple of recent articles in the press got me thinking about MILK – a basic food commodity that we not only drink fresh, but make all sorts of everyday products like cheese, butter, yoghurt and cream – something we have been doing for thousands of years.  But, MILK apparently isn’t MILK these days.

The first was a new survey which showed worrying levels of basic knowledge deficient about agriculture, with students believing yogurt grew on trees and cotton socks come from animals.  The survey, commissioned by the Primary Industries Education Foundation (PIEF) and undertaken by the Australian Council of Educational Research with the support of Woolworths, reveals that 75 per cent of students in year six thought cotton socks were an animal product, while 27 per cent said they thought yogurt was a plant product.

The second was an article about how FRESH MILK is adulterated and is not exactly what you think – well, what I thought. 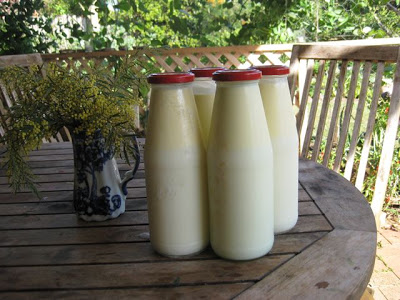 FOR STARTERS: These days, look on the supermarket shelves – home delivery of milk having long since gone the way of many luxuries, including milk in glass bottles – and the range on offer is utterly bamboozling. There’s skim milk, high-calcium milk, A2 milk, vitamin-enriched milk, soy milk, lactose-free milk, organic milk and much, much
more.

FOR SECONDS: Nearly all milk sold today is actually a reconstituted product, often containing other dairy by-products.  This was news to me, but apparently has been going on for about two decades.  Milk is taken apart and put back together again so that it tastes exactly the same the whole year round in spite of normal seasonal variations – we, the consumer, apparently expect this! (I don’t remember being asked about this in a telephone survey!).

FOR THIRDS: Ever wondered why people are becoming increasingly lactose intolerant? “Reconstituted” milk is
perfectly legal, but most of this standardised milk contains am by-product from the dairy production process called permeate, which occurs when the milk proteins and fat are removed. Permeate has been used in Australian milk for about two decades.

Permeate can taint the taste of the milk and increase its lactose (milk sugar) quotient. It’s high in lactose and if you are even mildly lactose intolerant, it might put you over the edge – so say the expert nutritionists.According to Braeden Lord, CEO of Aussie Farmers Direct, “an unsustainable retail price forces processors to take short cuts to produce milk at a sustainable pricing level”

Up to 12 percent of your carton could be permeate. The MORE permeate mixed in, the less farm milk needed, the cheaper each bottle is to produce.

“Not only are the poor farmers getting the injustice of this, but consumers are unaware of the adulteration of the milk” says Lord.

From everything I have read the experts recommend the natural approach. “Ideally, choose milks that are as close to their natural state as
possible.”

I think it’s worthwhile quoting Rene Redzeppi chef of Noma, Copenhagen Denmark – named No. 1 restaurant in the world for the third year in a row who works from a menu sourced from purely local ingredients.
“If the world is going to come to its senses, we are going to have to develop our own awareness and consciousness about terroir*.  The wheat we grow for the bread we bake, the beer that we brew and the animals that we breed”

I find these facts startling and thoroughly depressing – do you?  There was only one thing to do after this and that was to take the grandchildren on one of our regular outings to the local dairy with real COWS and real MILK where we can buy gorgeous, unadulterated, full-cream Jersey milk straight from the cow in our own recycled bottles. 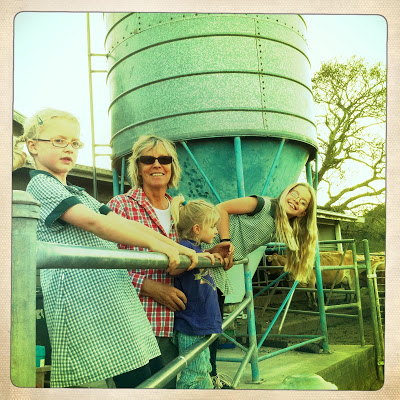 Where once a trip to the dairy was commonplace, it is now very unusual – I know that it certainly stopped in the UK when they went into the European Union in the 70’s and food multinationals and ‘government regulating bodies’ have put paid to this practice in other parts of the world. 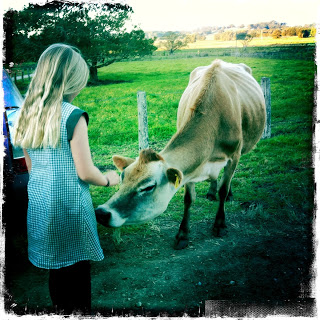 Anyway, home with our delicious milk to make some yoghurt, cream cheese and a creme caramel – the farmer sells eggs as well – and they don’t grow on trees!
*NOTE: Definition of terroir – “the complete natural environment in which a particular food (usually wine) is produced, including factors such as the soil, topography, and climate”.