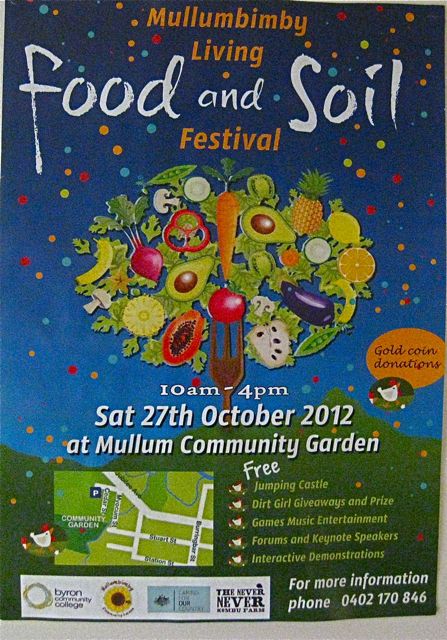 Repeating the great success of last year, we had another fantastic Food Festival in the Mullumbimby Community Gardens – with a focus this year on SOIL, why and how we should treasure and respect it. 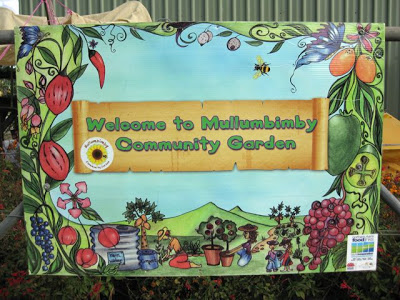 There were all sorts of workshops, with everything from Biodynamics to “What Weeds Tell Us”, to making a No-Dig bed to a “Bug Trail” and lots more in between.  In just four short years (I bet it feels very long to the extremely passionate and hardworking organizing committee) they have transformed an old paddock into the thriving heart and soul of Mullumbimby.

My grandchildren particularly enjoyed the lunchtime ‘Fork in the Field‘ where they went on a grazing walk through the garden – picked their lunch, cooked it then ate it – then went home with a lovely palm basket they made in a workshop.

I had fun walking round the garden all day with a big silly hat on which said “Ask me a Gardening Question”?  (Of course Murphy’s Law says I wouldn’t know the first one I was asked and that, of course, was correct!) 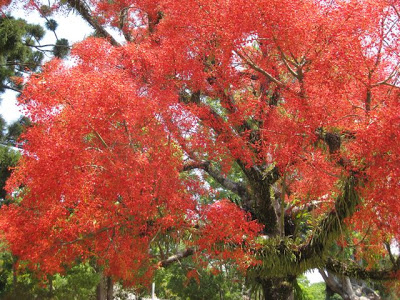 Illawarra Flame Tree Brachychiton acerifolium in all it’s glory.  The lack of rain in recent months puts  trees under stress which prompts them to put on a more spectacular flowering display.
It certainly is Festival time around Mullum at the moment.  As I write I can hear the loud-hailer from the showground, behind me in the valley, with the Mullum Country Show in progress – with livestock judging, horse jumping and lots of chooks and more folk in big hats.
Just a couple of weeks ago we had the Sample Food Festival in Bangalow – which showcases all the fabulous artisan food makers, chefs and restaurants on the North Coast – and next weekend is the Mullumbimby Music Festival. 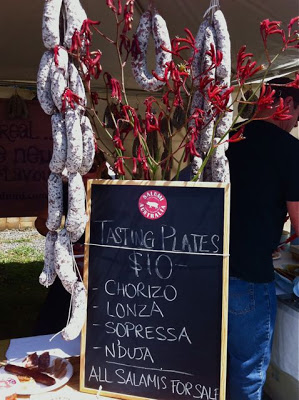 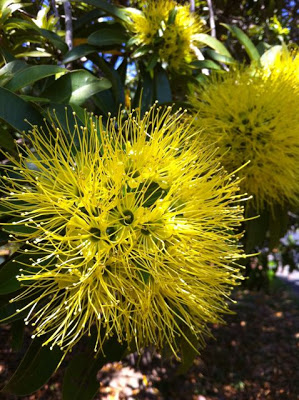 Golden Penda Xanthostemon chrysanthus.  Another spectacular Australian tree flowering now and namesake of the the street I live in – although a lot of people get it wrong and I get letters addressed to Golden Panda Place! ( It’s funny how developers chop down all the trees and then name the streets after them.)
It also serves as a timely reminder that in times of water shortage native plants are going to fare better than many exotics. 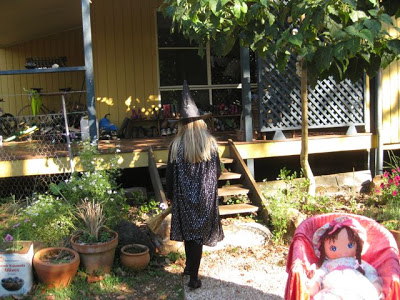 These little folk in a different kind of big hat have cropped up around here recently too!  Congratulations to all of my readers in the US who elected Barack Obama for a second term – hope continues!.  86% of Australians wanted him to win too!