‘These Boots are Made for Planting’ 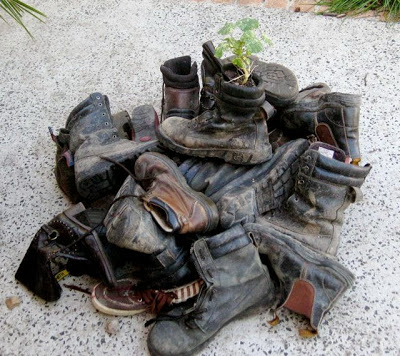 If you had ventured into our little town of Mullumbimby on the 1st of September this year you probably would have felt that not only spring was in the air but a real sense of hope (believe me, after the election result a week later we need it – for the first time since 1931 we have no Science Minister and one woman on the front bench – and that’s just for starters)! 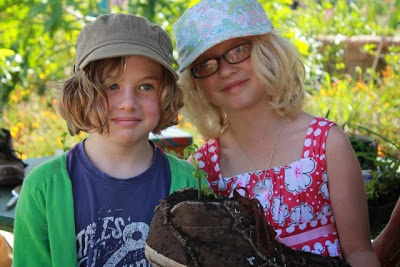 Our community came together to put on an amazing celebration of all that is important to us as human beings: family, food security, mutual co-operation, sharing, music, wisdom of the elders, dance, fun and beauty – enough to put a smile on your face from ear to ear – the Mullumbimby Living Earth Festival for 2013 held in our Community Garden. 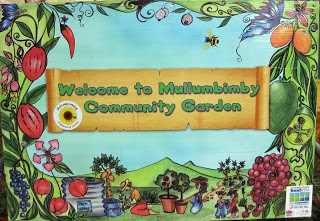 The program for the day was awesome – in the true sense of the word in that it inspired ‘awe’.  How on earth was this going to be pulled off?  To say that what was planned was ambitious would be putting it mildly –  I saw a lot of very tired and harassed Committee members in the week prior to the event.  Needless to say the day was a huge success and, I could tell from all the comments that I received, that everybody went away feeling so glad that we live in this place where these things matter – where we can share, celebrate, be grateful and keep on learning.
It’s was absolutely wonderful to see families and friends, young and old, walking around with shining, smiley faces. As Jerry Coleby Williams said to me (ABC Gardening TV presenter) “This place is more than just a garden; it’s a sustainable food source, a seed bank, a source of wisdom and ideas – and the heart and soul of this community”.
The day started with a very colourful and noisy street parade through Mullumbimby and my prize for the best ‘float’ (wheelbarrow) went to Rasa Dover from the Byron Hinterland Seed Savers for her spectacular effort as a seed fairy.  Rasa’s work with Seed Savers epitomizes the tireless hours that countless volunteers put in for the mutual benefit of the whole community.  (If you are interested in seed saving/sharing you should get yourself a copy of the Seed Savers Manual by locals Jude and Michele Fanton – it’s a treasure trove of wisdom, inspiration and knowledge) 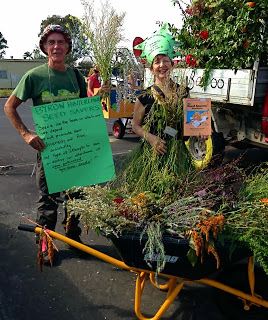 My contribution was to be a workshop for children and the young at heart.  For two months I had collection points around the place for folk to drop off their old boots.  The idea was to fill them with potting mix and then plant them up with herbs.  I liked the whole concept of recycling old boots and using them as planters for something you could then eat – and the fact that they take up very little space – even folk with just a balcony or small courtyard can do this.  (Got old olive oil cans that you don’t know what to do with – click here) 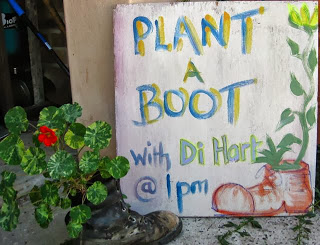 Everyone can grow herbs – people have been growing them for thousands of years and they are an important part of many cultures for their aromatic flavours and aromas as well as their nutritional and medicinal qualities. (Parsley is one of the most nutritious plants we have – click here to find out more)

A handful of fresh herbs on top of a meal often has more nutritional value in vitamins and minerals than the rest of the meal put together. 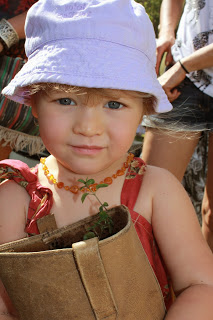 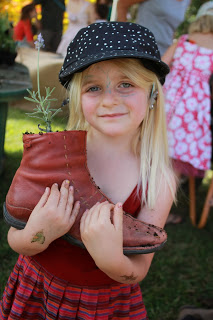 I have to give a special thank
you to the following people for giving me support and helping to make the day such a success: Mullum Rural Co-op – for collecting boots and supplying potting mix; Byron Herb Nursery for all the plants; Sue Nelson at Mitre 10 for collecting boots for me and all the other folk who dropped off boots and last, but by no means least, – my family.  In all, we planted out and folk took home about 70 boots.  Well done!

Two of my beautiful granddaughters, Alessia and Mahara

“The world is so empty if one thinks only of mountains, rivers and cities; but to know someone who thinks and feels with us, and who, though distant, is close to us in spirit, this makes the earth for us an inhabited garden.”
Johann Wolfgang von Goethe