One of the positive things about my passion for food is sharing recipes  with people – often in the most surprising of circumstances – and being connected to those people every time I cook up one of their dishes, but sometimes the boot is on the other foot! 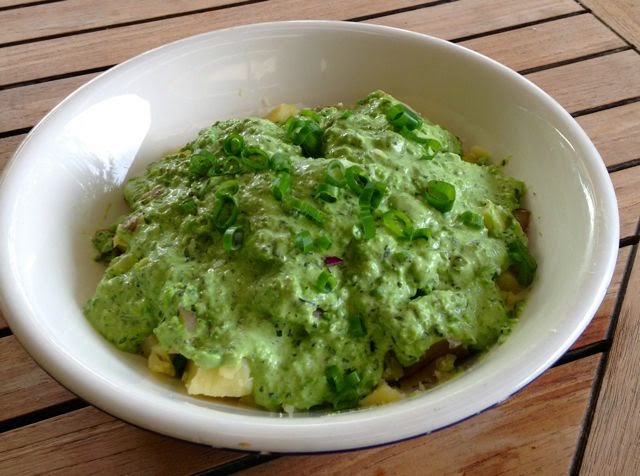 I can’t actually remember where I got this fantastic potato salad recipe from, but I know that it has become a real family ‘go to’ dish and that I have shared it with lots of other people – and sometimes being reminded of that in the most delightful way. 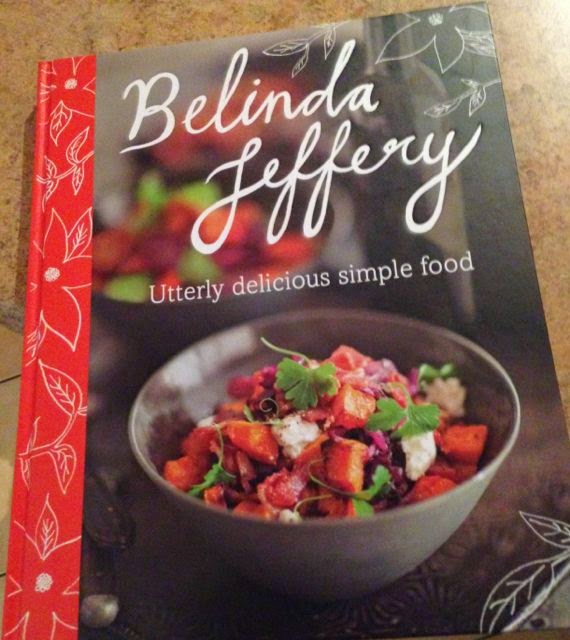 Sharing story 1: We had a few friends round for dinner the other night and just as I was serving up this potato salad a dinner guest said, “Di, have you seen this?”  He was browsing through a cook book given to me for Christmas by the author and my neighbour Belinda Jeffery – and there on page 30 was this recipe I had given her (acknowledged of course).  It’s a fabulous cookbook and there isn’t one dish I wouldn’t want to try – and her pictures are much prettier than mine. 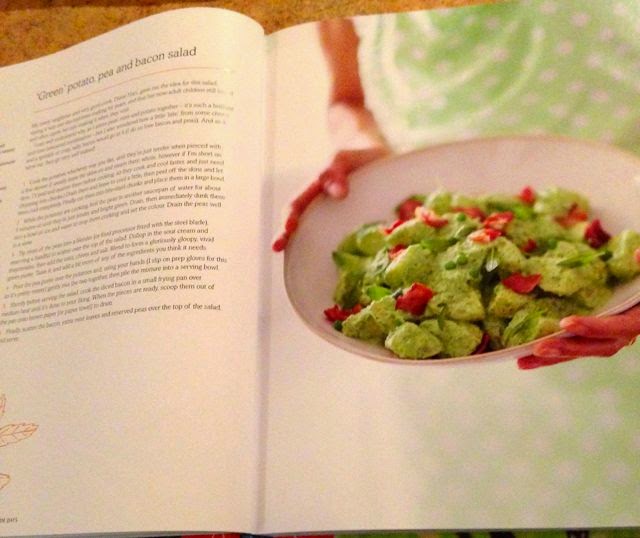 1.  Put the cooked peas, sour cream, mint and mayonnaise in a blender and process until combined.
2.  Put the cubed potatoes in a serving bowl with the sliced spring onion
3.  Add the pea mixture with some salt and pepper.  That’s it.  Nutritious and simple

(Belinda added topped it with some crispy bacon – also yummy!)

Sharing story 2:  I was visiting Sydney the other day and doing what I usually do – going for a swim – this time at one of my favourite places, Bronte Beach. It’s now nine years since I moved away, but there are still many familiar faces sitting around the ocean pool and one of them is Fireman John – a retired fireman who has been swimming there for as long as I have.  We got chatting and I found out, sadly, that his wife Jan had died last year.  Now John is in his seventies and one of the things that he had never done is cook and now he has to – and I must say with a great sense of achievement and a little pride.  He told me that he used to tell his wife “You do the shopping, I’ll pay for it and then I’ll eat it”.  Now he was telling me that he had cooked a batch of blueberry and walnut muffins before he came out because he had the family coming round for tea.  Anyway, I thought he would like this recipe – most men like potatoes – and it goes with lots of things so I wrote it on the only piece of paper I had in my bag – an old shopping docket.  I was thrilled to get this text a couple of days later.  “Hi Di, made potato salad using your recipe and included some bacon pieces and a few boiled eggs for show – everyone loved it”! 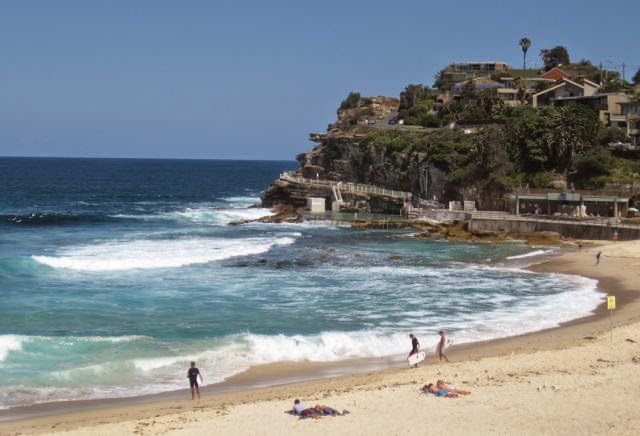