I love to swim – it has been part of my life for as long as I can remember. There’s lots of exercise that I find difficult because of my dodgy back and knees, but I find swimming just fantastic and try to do some laps every day to keep the body and mind straightened out.  I also find swimming a great meditation; I love the daily baptism of plunging myself into the ocean and the suspense of gravity and noise when I am in the water – just me, my breathing, and the big blue. 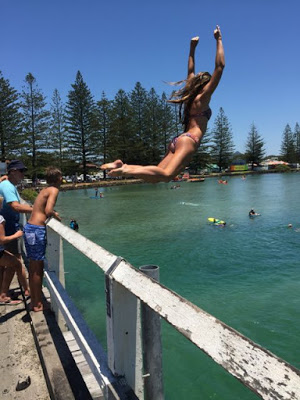 Summer magic Brunswick River
Now, I know people who have seen the Jaws movie once and never gone in the ocean again – I have purposely never watched it. Those kind of folk often ask me if I am not either mad or scared to death every time I am out there for I love deep-water ocean swimming.  My reply is that it is a calculated risk and I have far more chance of being run over by a bus (I actually say that I know more sharks driving around in Mercedes, but best not to go there!). 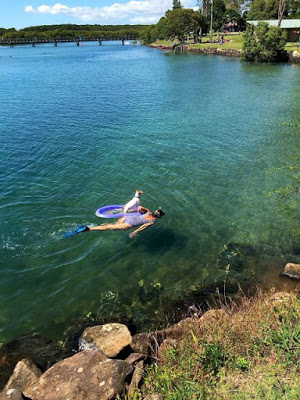 Brunswick River
My local swimming spot is either Torakina Beach or the river at Brunswick Heads – it’s a beautiful watery playground for everyone.  I have asked the Brunswick old timers about the risk of sharks in the river and their reply has always been the same, that it is too shallow and tidal and they have never seen one there, but that you do get them in the main part of the river that is deeper and calmer.
So yesterday found me doing my usual thing and striking out at high tide to do my laps in the river – swimming across and bridge to bridge.  It was a bit later than normal, 6.30pm, and not too many people about.  I was half way across when I heard some people on the bridge shouting and waving their arms and pointing behind me – I even heard a scream! I turned, and my heart sank, there was a large black shape in the water about two metres behind me.  In that instant, I knew there was not a lot I could do and panic stricken I swam as fast as I could to shallow water and basically just surrendered to my fate.   It was then that two black shapes surfaced beside me and I realised that they were dolphins – a mother and baby and, now I know that I really must be bonkers, because I carried on swimming and they came with me.
When the panic had subsided it actually became quite magical for every time they submerged and I put my head under the water, I could hear them talking to each other in squeak language.  The thought did then cross my mind that if there were dolphins in this part of the river, where I had never seen them before, there could also be sharks.  It was then I saw what they were probably after, a run of mullet, and I decided that it probably really was time that I got out of there. 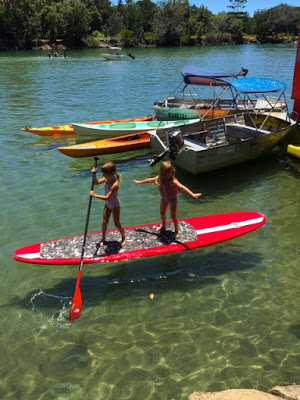 Two of my granddaughters 5 and 6 enjoying the Brunswick River

My advice to those who would like to swim and either are afraid or can’t get their rhythm right:
I have never had a swim that didn’t make me feel better so I thought I would share with you some of my favourite swimming spots. 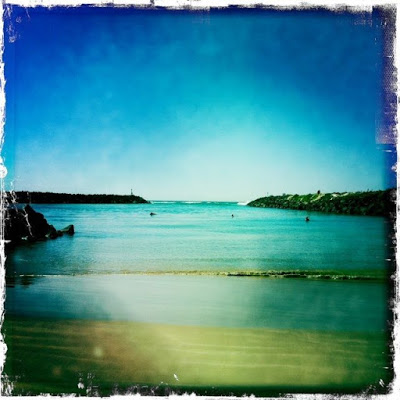 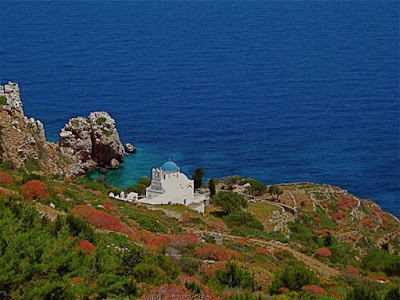 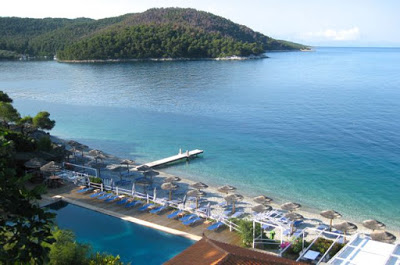 Adrina Beach, Skopelos, Greece (known to us as A Dreamer Beach, Skoffalot) 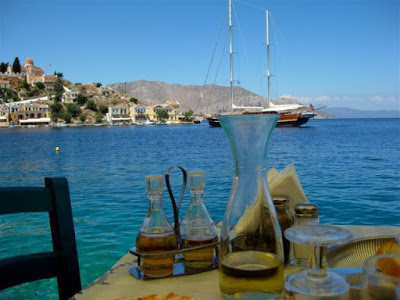 Symi, Greece where I just flopped into the water from our lunch table 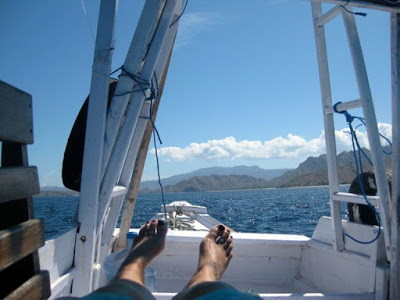 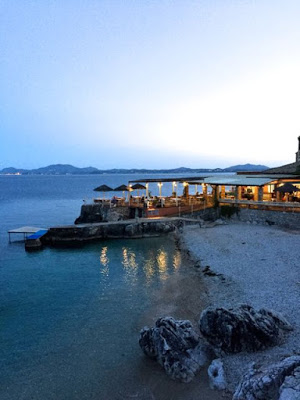 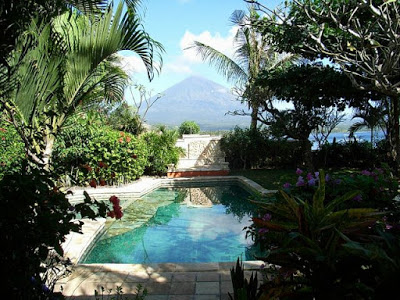 Victoria’s villa, Ahmed, Bali in the shadow of Mt Agung 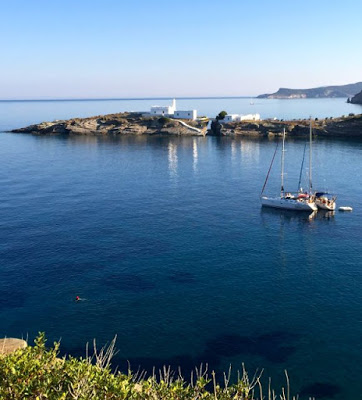 My best swim ever on beautiful Sifnos – from Chryssopigi monastery to the taverna on the beach in the fading evening light when the sky and sea became opalescent. 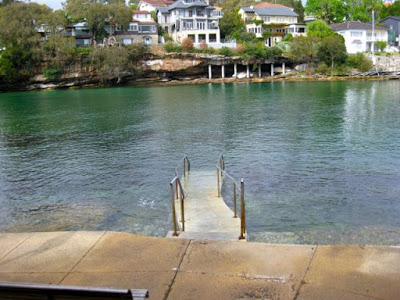 Parsley Bay, Sydney where I taught my children to swim 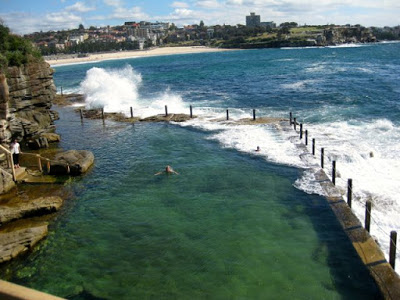 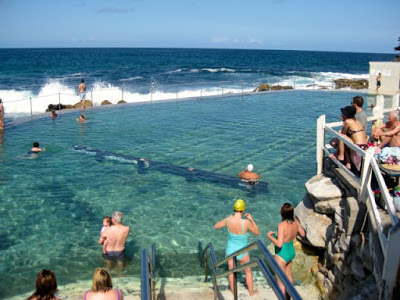 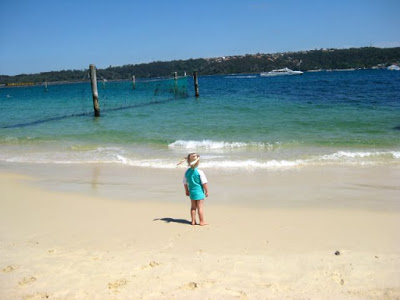 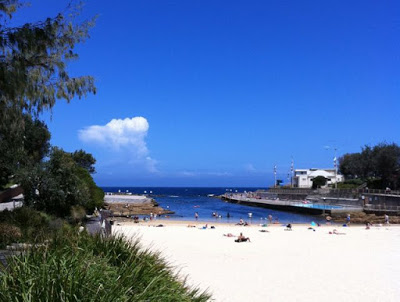 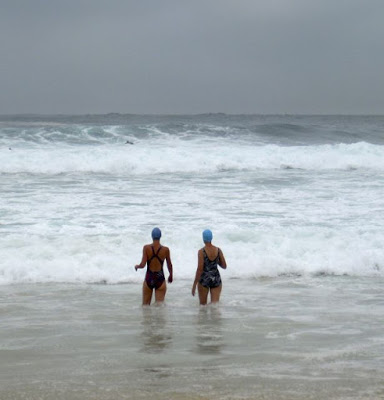 North Bondi with my fellow ocean swimmers, Karen and Sue.  I still swim with them every Tuesday morning when I am in Sydney 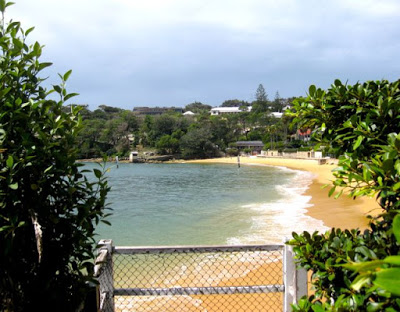 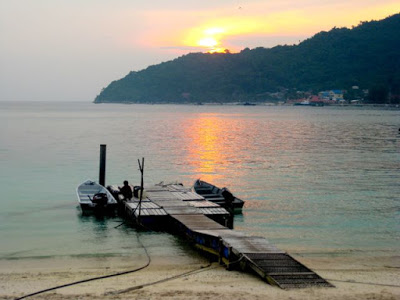 Perhentian Islands, Malaysia – some of the best snorkelling I have ever done – live coral, wonderful fish and turtles. 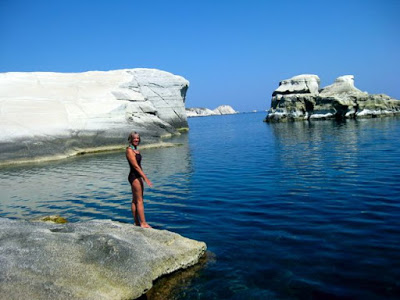 Sarakiniko, Milos, Greece – very hard to beat this spot – it was magical 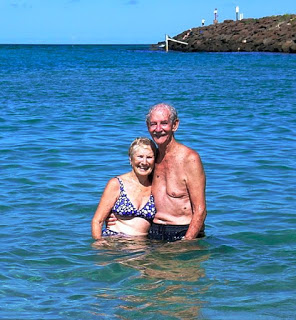