Travel can inform you in many surprising and delightful ways.  So there we were, on our first visit to Greece, sitting in a seafront taverna on the island of Kos when I discovered two things that were to set me in good stead for our further travels around Greece, its people and its food. 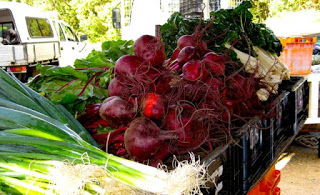 1.  You can eat beetroot tops.  I found this out when I asked the waiter what the plate of greens were that the nice young men (read handsome) on the next table were eating with their lunch. He just said horta, and when I looked perplexed beckoned me into the kitchen to see for myself – a common and endearing occurrence in Greek tavernas – they take you into the kitchen to see for yourself.  Sitting on the bench top was a pile of fresh purple beets with their chopped off stems and leaves being washed in the sink. “There” said the waiter, pointing to the pile of wet greens, “horta.”


2.  Horta – horticulturist. Horta in Greek roughly translates as ‘greens’ – growing from the earth.  So there we have it – my qualifications are in growing green things from the earth.

I don’t know about you, but I didn’t know you could eat beetroot tops because we never did in our family – and I never knew any other English family that did either.  This is in spite of growing beetroots in our veggie garden and throwing away the beautiful fresh leaves and just eating the ruby red beets – usually cooked and pickled in vinegar or, heaven forbid in Aunty Phil’s famous raspberry jelly relish! Greens for us were cabbage or collards that were put on to boil usually when the roast went in the oven! 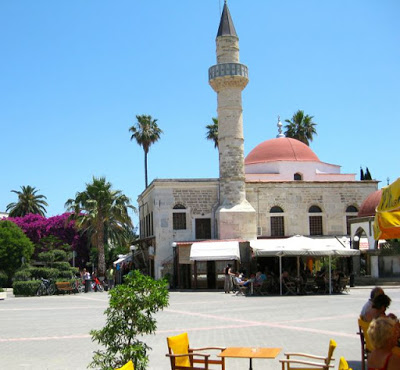 HOW:  Now,  with many more years on the clock than I dare to think about, I have been exposed, through travel and the multi-cultural melting pot that is Australia to eating the gloriously sweet ruby red beetroot every which way; grated in a dip with garlic and yoghurt, roasted in a salad with feta and pecans, making a magic marriage in beetroot and chocolate brownies, or simply freshly grated in a rainbow salad with honey and lemon dressing.  And, you did know that beetroot is incredibly good for you?


WHAT:  “Researchers at Waker Forest University in North Carolina have shown that a diet that includes about 500ml of beetroot juice per day helps improve blood flow to certain regions of the brain in older people. In particular the effects were noted in the frontal lobe – a part of the brain that commonly experiences reduced blood flow in age-related dementia and cognitive decline. The effect is likely to occur because beetroot juice (like spinach, celery, cabbage and other leafy green vegetables) is a good source of nitrates. These compounds are converted into nitrites by the good bacteria in the mouth, and act as vasodilators – in other words they have the capacity to open the blood vessels and enhance blood flow” Gardening Australia 2011


WHERE:  But it was in Greece that I first encountered eating the tops – the leaves and stems. You will find horta on the menu in just about every Greek taverna – especially in the springtime for they are traditionally any edible wild greens that scatter the hillsides and form an important part of the healthy Mediterranean diet – THE FAMOUS ONE.   Collecting these free and wild greens is a common pastime for most Greek families – so if you are out in the middle of nowhere and you see motor scooter parked by a hillside with a distant figure bending over with backside pointing to the sky up the hillside, you know what they are doing?  Picking  wild greens. 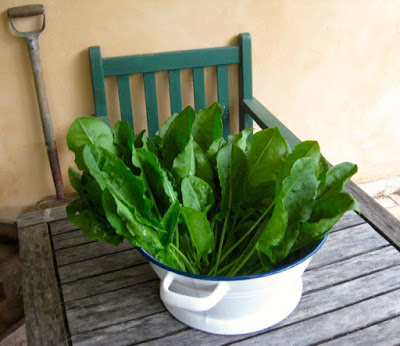 WHAT:  As well as beet leaves, the generic horta also includes; spiny chicory, chard, fennel, purslane, sorrel, dandelion, amaranth, wild spinach, rocket and many more that I haven’t been able to identify yet. I think the reason why I have taken to enjoying horta so much is that they are mostly (apart from kale) not in the cabbage family so don’t have that sulphury smell associated with the dreaded ‘greens’ from my childhood – plus, they are really delicious.

The secret to enjoying this dish is that the leaves have to be really fresh – in this case, freshly pulled beetroot.  I am lucky that our farmers’ market in Mullumbimby have locally grown beetroot most of the year round and they look like they have just jumped out of the soil.  Here’s how to prepare them: 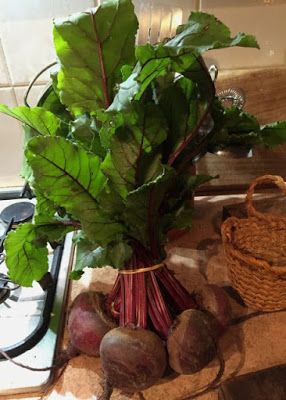 1.  Cut off the stems and leaves and wash in them in several changes of water to make sure you have got rid of any dust and grit.
2.  Plunge them into a saucepan of boiling water and cook for 2-3 minutes until completely tender.
3.  Drain in a colander.
4.  Rinse out the saucepan and return to the heat with 2 tablespoons extra virgin olive oil, freshly ground pepper and sea salt.
5.  Return the greens to the pan and toss through the oil, adding the freshly squeezed juice of one lemon.  That’s it – horta.
PS.  During this covid thing I have been talking to my friends a lot on the phone.  My Greek friend, Despina – who lives in Sydney, was bemoaning the fact that the price of fresh vegetables in the city had skyrocketed – including beetroot.  ” You think I am going to pay $9 for a bunch of beetroot”?  She wanted a fresh bunch for the leaves to make horta and then to roast the beets to have with yoghurt.  Her top tip – always put some crushed garlic with the leaves when you are making beetroot horta.  “That’s how we do it in Greece”  Despina was originally from the Greek Island of Lesvos. 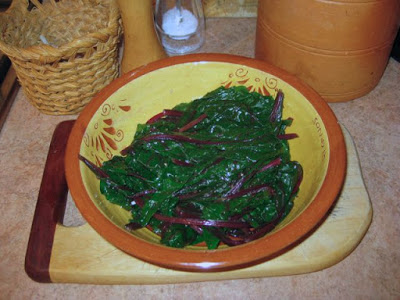 “The world is a book, and those who don’t travel only read one page”
St Augustine