My Computer Hacked – A Snake in the Compost! 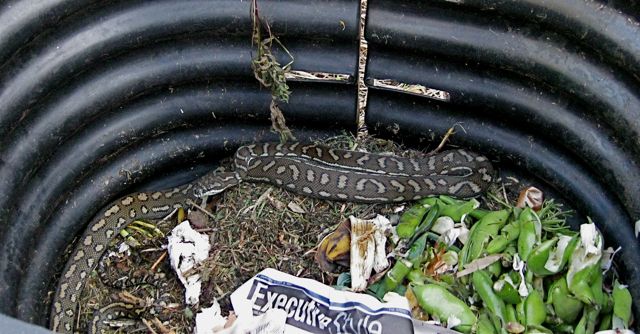 I was up early on Friday morning and went out to empty the kitchen scraps into the compost bin.

As I flipped the lid off a tiny mouse flew out, followed by a snake – fangs darting.  This rather startled me, so I retreated to the house to answer my emails.  This is where the nightmare really began. (Within half an hour I knew exactly how that little mouse had felt!)

Yahoo was doing it’s normal periodic thing,  and a security check page came up asking to verify my password – nothing unusual about that.  Then, just as I got into my email account, it all started to disappear in front of my eyes – all of my emails and then my contacts list – all of it totally blank.

Then my phone started to alert me of emails coming in – one after the other, and all of them ‘failure to deliver’ notices – about 50 in all.  And, the very curious thing was they were people I may only have contacted once many years ago (like past Prime Ministers and MP’s!) and obviously – since they had been booted out – their email addresses had changed and this message, supposedly from me, could not be delivered to them.  This started to throw me into a panic – what the hell was happening?

I very quickly found out when the phones started to ring.  “Are you OK Di?”.  “So you are not in the Philippines?”  “You haven’t been held up and don’t have any money?”.  It basically went on like this for the next 48 hours and I have spent that time trying to sort it out (mostly with my head in my hands!)

These hackers, after obtaining my password (with a page that looked identical to the authentic Yahoo page) had been able to get into my contacts list and send begging letters to them all.  This was not all – they had also been able to send emails to ANYONE I had ever sent an email to – hence the ex-Prime Ministers, car mechanics and George Clooney etc. on my mailing list.

There are several really distressing things about this.  The first one is that the email was entitled ‘Sad News’.  Now, most of my friends and family know that our parents are sick in hospital in the UK at present and thought that email was bearing news that they should know about – so opened it.
The second is that some sought clarification and replied to the email – they then kept getting more replies – purported to be from me (the hackers!) that’s when they got really worried.  The third is that these hackers now have access to all of my contacts (Yahoo have assured me that they will fix this!).  The fourth is that they then hacked my Facebook account – all kinds of people had conversations with me yesterday (the hackers!) and have had to suspend my account – no great loss.  They were able to do this because my password was the same!!!  The fifth was that I was not able to contact everyone and let them know what had happened because everything had been deleted on my email account.

By this time Yahoo had a little red bell activated on the top of the page which then alerted me to the fact that someone in Nigeria was activating my account.   I had, by then, contacted my IT people and this was the advice I was given by both them and Yahoo.  BE WARNED!!!

1.  Change my passwords on everything and have different ones for each account.
2.  Change my security details (cat’s name etc)
3.  Send detailed security report to email provider about what has happened and what you want done.
4.  If you are suspicious when being asked for your password – or even if you aren’t – type in a false one.  If it’s authentic – the correct page and alert will come up – if not, it will bamboozle the hackers.
5.  Keep a copy of your contact list somewhere else.
6.  Have a back-up email address where you can keep this and other stuff you don’t want to loose.


There have been some lighter and curious moments in all of this. When I spoke to my brother-in-law in the UK last night.  He had received one (recognizing it as a scam) and replied “Start swimming Di” – which they replied to “No, this is serious” he replied “Well, get an outboard motor”.  He then looked up the Western Union address in London, where you had to send the money to, and found it to be the gift shop at Westminster Abbey!!  So, were they just doing this for some sort of destructive and cruel fun?

Thank you, thank you to everyone who offered to help me.  I was very touched.  And, a special thank you to those who knew it couldn’t be me because of the grammatical errors.

I am really, really sorry that you may have been distressed or alarmed by this horrible scam.

NOTE:  The snake was much more benign than these horrible b…….s! – just a baby python.
As I write, Yahoo is restoring my contact list, securing this and restoring my emails.  Thank goodness they couldn’t get into my blog!!  Di