Gas Fields – Coming to a Farm Near You? 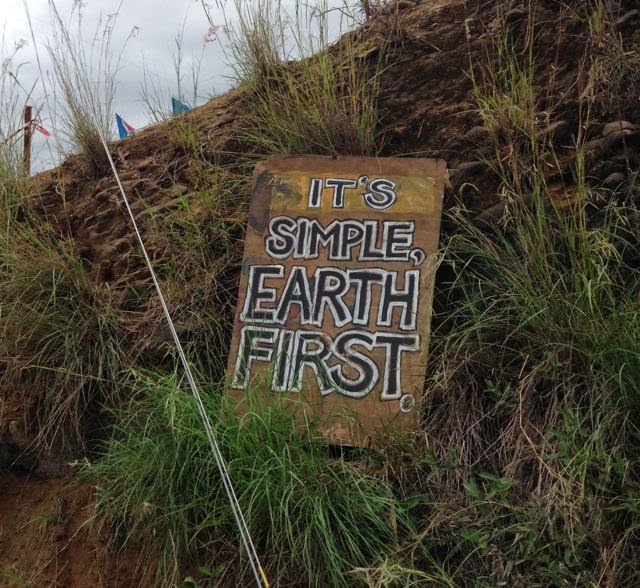 I live in a pretty beautiful part of the world and value that beauty, the clean air, water and food, but for how long if the gas mining companies get their way? Rural communities in the US have borne the brunt of the push for Coal Seam Gas expansion with the serious concerns about their health, pollution of their water, soil and landscape being brushed aside –  but not for long I think.

A Texas family have this week won a nearly $3 million judgement against an oil giant after claiming that fracking operations near their 40-acre ranch left them suffering severe health side-effects.


In what is believed to be the first successful legal action against a shale operator, Bob and Lisa Parr sued Aruba Petroleum for damages for a raft of illness they and their daughter Emma have suffered from for almost six years.


They convinced a jury that the company’s hydraulic fracturing operations had contaminated their water and land in Decatur leaving them suffering nosebleeds, nausea and rashes. Reported in the the Huffington Post

Our community here in northern NSW have rightly been opposed to any Gas Mining – with over 95% stating their opposition – the numbers similar across the whole region.  In spite of overwhelming opposition, the mining company Metgasco have been pushing ahead with a proposed drilling site at Bentley, ten minutes from Lismore in the middle of a rolling rural landscape that supports families that have been farming beef and dairy herds here for, sometimes, generations. 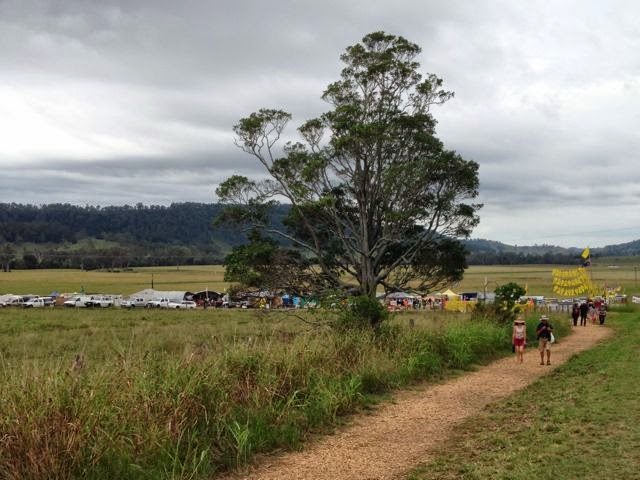 The Bentley blockade is now in its third month, with hundreds of people continuing their vigil at the campsite there and occupying the access to the proposed drill site on an adjoining property.  Some folk have been there right from the beginning and I take my hat off to them.  This is a tremendously empowering and heartwarming place to spend just even a few hours – there are regular meetings, workshops, communal kitchen, information centre, portaloos, kids play area, all run by volunteers – and, I nearly forgot, the knitting nannnas! 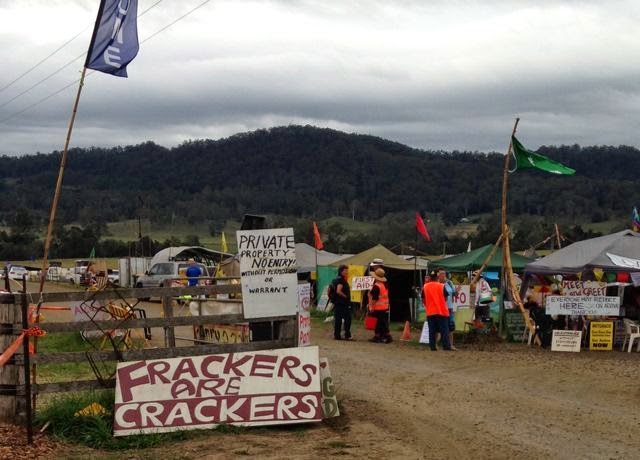 This is the first of what is expected to be hundreds of drilling rigs in the area with a proposed pipeline to take it up to Brisbane and offshore – mainly to China – and you thought your gas bills were going to get cheaper?  Apart from devastating the landscape and riding roughshod over farming communities our concerns about the poisoning of ground water and toxic pollution with chemicals used in gas extraction ‘fracking’ are real.
Follow the Bentley protest on Facebook.

Over the Easter weekend I got chatting to a couple in a cafe, who were here for the Byron Bay BluesFest, whose son worked in the gas fields in Roma (Queensland) – which, by the way, looks like something from your worst nightmare – a totally devastated landscape of gas rigs – which seems to have happened almost overnight.   They told me that the week before there had been a ‘stop work’ on the rig where their son works because they had discovered asbestos in the fracking chemicals used in the gas extraction (these were imported from China).  They were doing their best to persuade their son that a career change might be a good idea.

Some people are just so organized – glamping, Bentley style

So what makes somebody like me, a grandmother who definitely likes the comforts of her own home, go out and camp at Bentley along with up to three thousand other peaceful ‘protectors’?  First and foremost because we can’t trust politicians to make any decisions that are not tainted by  their desire to stay in power.  The unedifying parade of of corrupt, lying and dishonest politicians falling on their sword at the latest Independent Commission against Corruption (ICAC) in this State proves it to me.  A quote from Green’s politician Jeremy Buckingham highlights how close this also is to home.

‘Stuart George – the son of local Lismore MP, Thomas George – is the community relations manager for Metgasco, and the former deputy director of the NSW Liberal Party – Richard Shields – was employed as a lobbyist for Metgasco.  We know Metgasco has close ties to the O’Farrell/Baird governments, and this only reinforces the point that the NSW Police Force should not be used to do a favour for a private company,’ he added.  Reported in the Byron Shire Echo

There is a small irony in all of these shenanigans – the minister for Resources and Energy Chris Hartcher resigned after ICAC raided his offices and the Police Minister Mike Gallacher, just yesterday, resigned after being named by ICAC. The Bentley protectors are running out of MP’s to talk to.

Another beautiful dawn at Bentley, NSW

I get a lot of folk looking at this website, surprisingly to me, who are from all over the world and from countries where they have limited or no democratic rights.  We do and we have the right to exercise them.  My grandchildren’s future is not for sale – support the Bentley protectors.  If you want to find out the consequences of fracking for gas in the USA take a look at the award winning film ‘Gaslands’

God help us to change.
To change ourselves and to change our world.
To know the need for it.
To deal with the pain of it.
To feel the joy of it.
To undertake the journey without understanding the destination.
The art of gentle revolution,
Amen
Michael Leunig, poet and cultural commentator

STOP PRESS:  Thursday May 14th.  The licence to drill for gas at Bentley has been suspended by the State Government pending investigation by ICAC and as a result of community opposition.  Congratulations to everyone who cares.