Parsley is one of the most nutritious plants we have – so if you never grow anything else, grow some parsley!  An added bonus is that it is the most versatile plant for cooking with – I know I use it just about ever day, so there are an infinite number of ways of getting that green goodness into you. 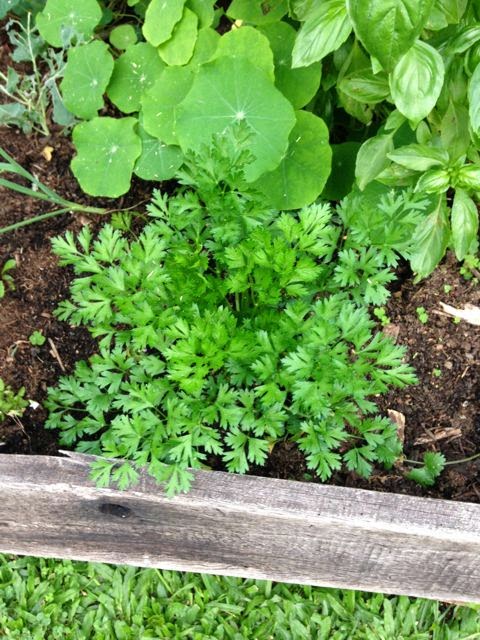 I was brought up with parsley, but we hardly ever ate it, it was just used as a garnish – usually with a slice of orange!  This was always the curly leaf variety and my parents grew it in a mixed border with flowering annuals – I only discovered the flat-leaf variety when I came to Sydney in 1970’s and had my first tabbouleh salad in a Lebanese restaurant.
My attitude to parsley changed instantly and I have grown some, wherever I have lived, ever since.  It is very easy to grow, prolific and I love its emerald green colour in the garden and versatility in the kitchen. 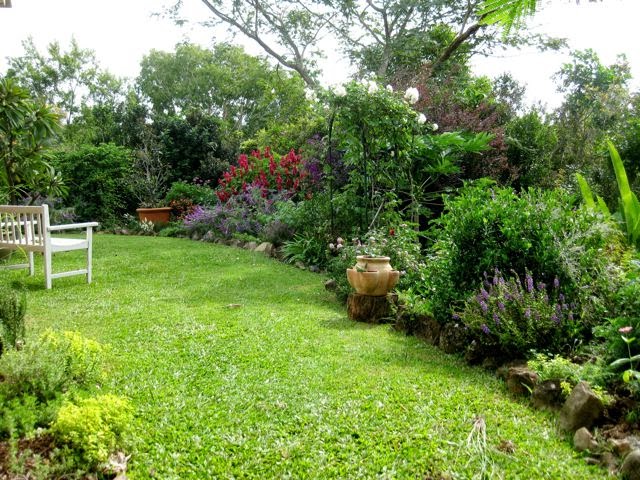 My back garden, where I grow parsley all the year round as part of the perennial border.
WHAT 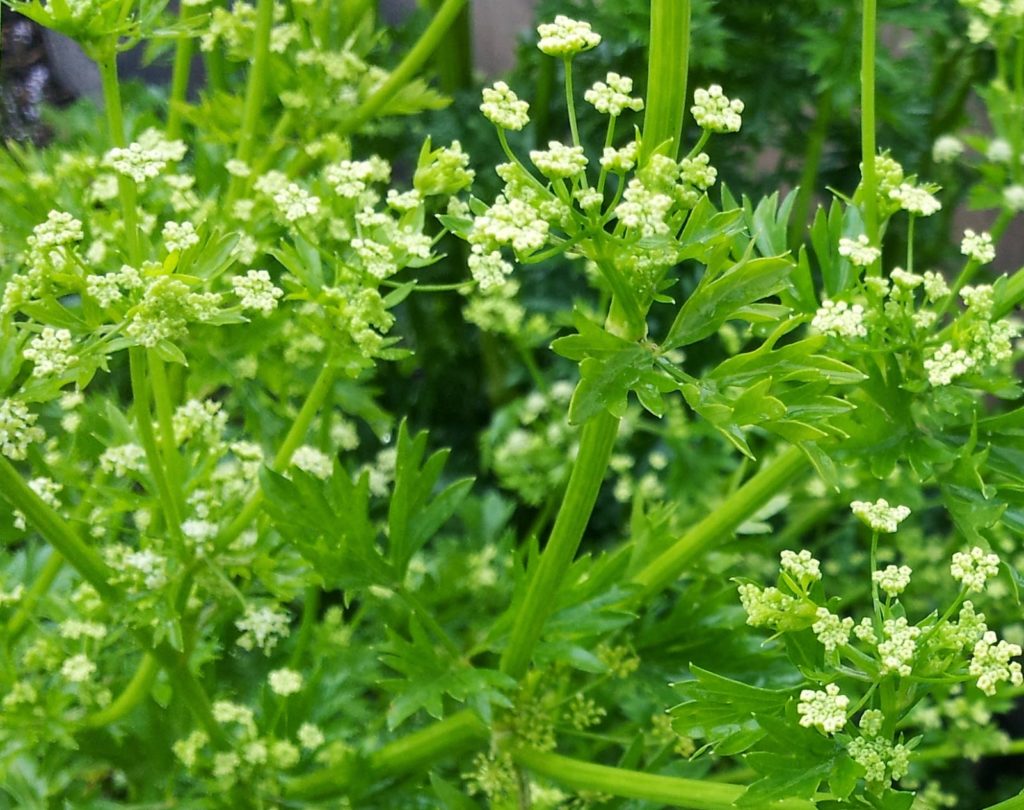 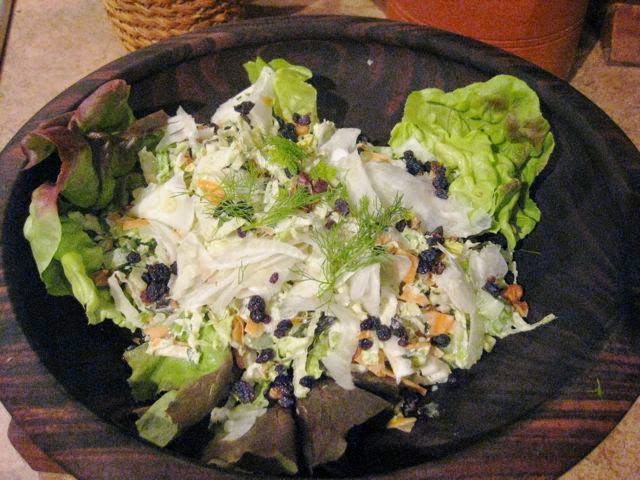 Toss it all together and serve.  I also drizzled with a little olive oil and a squeeze of lemon juice.  I served it on a bed of lettuce with a salmon quiche.

NOTE: The stems of parsley are more nutritious than the leaves, so don’t throw them away!.

IMPORTANT NOTE: Although parsley is a rich source of folate, herbalists advise against eating more than 15g per day during pregnancy, because it is said to stimulate uterine contractions.