I am sure there is a version of this recipe for every village around the world that keeps sheep – it was certainly a big part of the British Isles’ culinary delights when I was growing up – just with different names (not that Brixton in south-east London was a village that kept sheep, the odd goat maybe, but you get my drift!).  In our house it was known as ‘white stew’ – because of the barley, onions, leeks and turnips – very pale looking, but delicious and hearty never-the-less and made with the cheapest, tastiest cuts of lamb – something on the bone. This very British of dishes crops up in all parts of the country as Scotch broth, Lancashire hot pot, Irish stew and Welsh lamb broth – cheap, hearty non-nonsense food. 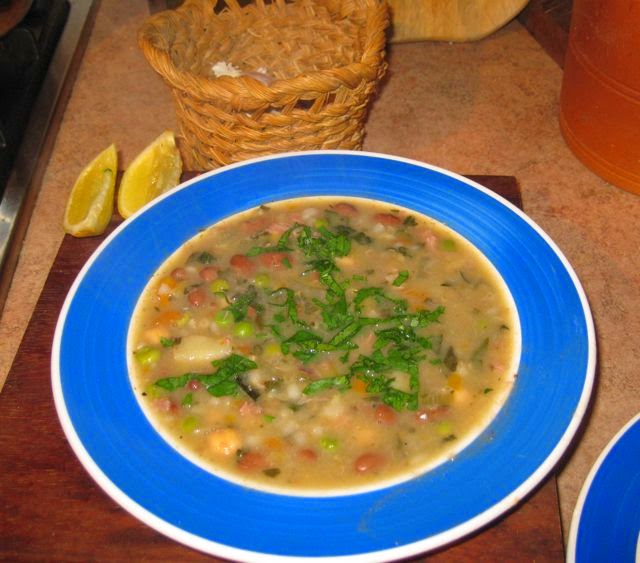 Since venturing further afield I have found versions of this dish cropping up all over the place; in rural France, northern Italy, the Middle East and Greece. And, I suppose that this one is a rustic mix of all of those I have tried and enjoyed.

The evenings are drawing in, the nights are getting colder so it’s time for a winter warmer – a really hearty soup.

This one came about because I was looking after my son’s dog while he was away working. Groover arrived with his bed and a bag of fresh ‘lamb off-cuts’.  Further investigation revealed a couple kilos of prime lamb – neck chops – the best cuts for making casseroles and soups, and yes folks, this is what I made  my soup from – the dog bones – just don’t tell my son!  Groover did get the scraps though – and a big bowl of soup.  You might as well make a lot because it takes a while to cook and the leftovers will freeze really well.

Method
Trim meat of any fat.
Place with other ingredients (except parsley) into a large stewing pan and cover with water.
Bring to boil and skim off any scum.
Simmer slowly for about 3 hours.
You may need to top up with a little more water as the barley and beans swell.
When it is cooked take the meat off the bones and return to the soup.
Add the chopped parsley.
Optional extras; swede, turnip and fresh peas, and a squeeze of lemon juice before serving.

TOP TIP:  After you have cooked it, if you put it in the fridge over night, the fat will rise to the surface and becomes really easy to remove before you re-heat it. 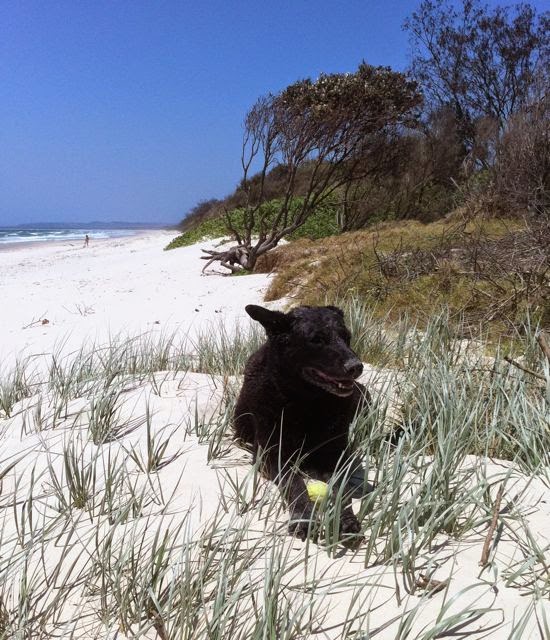 Groover, he doesn’t look deprived does he?