I live in an amazingly vibrant community that attracts creative people of great diversity and incredible talent – especially musical talent. 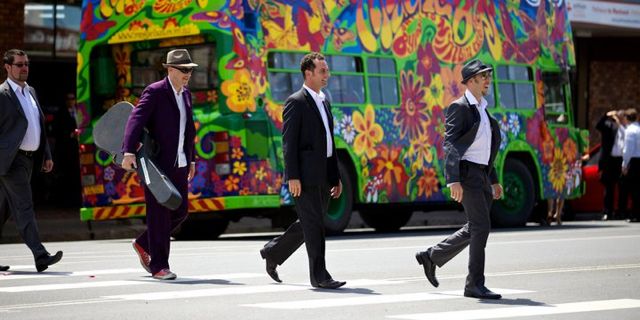 Lucky for us there is always a huge variety of events to go to from classical music (the recent Goldner String Quartet concert was outstanding – and I thought I didn’t like Shostokovich!) to popular music of all kinds – the annual Byron Bay Blues and Roots Festival being a huge international drawcard (Bob Dylan, John Foggerty, Bo Didley, Mavis Staples, B B King, Elvis Costello……..). 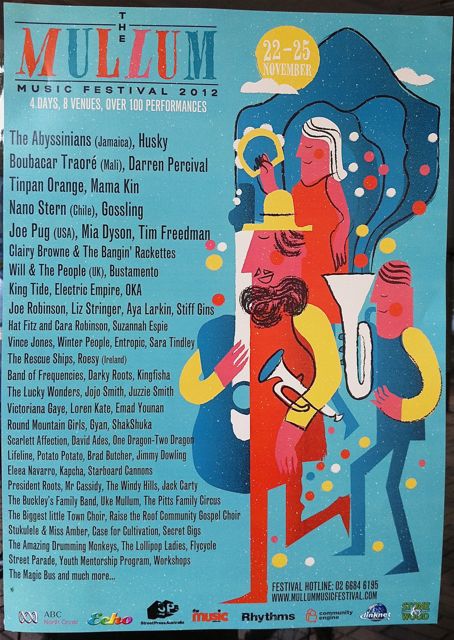 (The only person that seems to be missing from this years’ lineup is the amazing Rebecca Ireland – worth a ‘YouTube’)
Mullumbimby, where I live, is blessed to have it’s very own music festival staged in November – a more intimate event than the Bluesfest.  Just five years old it showcases a lot of the local talent that live here as well as attracting some overseas artists.  Staged all over town, instead of on a festival site, it’s great to be able to cycle from one gig to another and enjoy the colourful, bustling street scene of buskers, food vendors, daredevils, local tree fairies and cowboys. 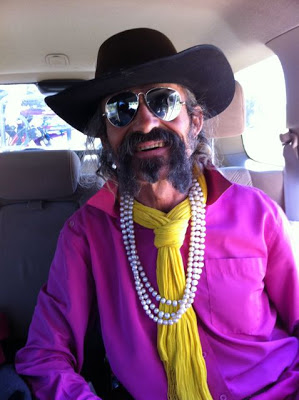 Talking of cowboys – a lot of people hitch-hike around here (not sure if it is the dismal public transport system or rejection of the modern world?) and, I always look forward to picking up Shanti.  You can see him a mile away standing on some distant street corner by his huge sombrero (having a Mexican day) or his cape (being Elvis), but mostly in one of his snappy cowboy outfits.  He is a devotee of an Indian guru and when I picked him up last week he gave me this thought for the day. “We should live in the world, but not let the world live in us.  Like a ship. it floats on the water, but you sink if you let the water into the ship” – still thinking about that one! 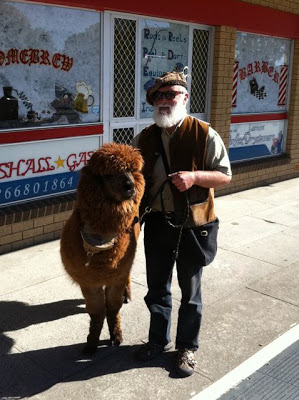 Noel’s philosophy is a lot simpler ‘love thy alpaca’.  It’s not every day you see an alpaca wandering down the street but Noel and Pedro didn’t cause too much of a stir in Mullumbimby.  Stopping to give Pedro a pat, Noel told me that he and his wife were traveling up the coast from Tasmania and Pedro came with them in their mobile home (I hope they keep the windows open – he was a bit whiffy up close). 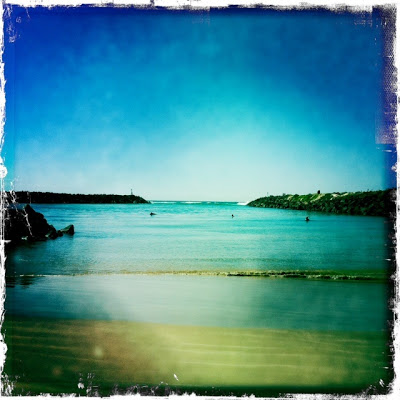 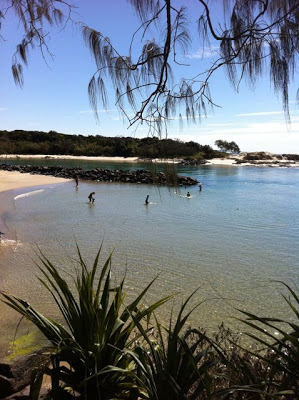 Another reason I live in Mullum is because it is only ten minutes to the sea and I am one of those people that just have to swim.  We have had some lovely winter weather and last week found me having a dip at Brunswick Heads when a dolphin popped up about 3m away from me – a couple of strokes and I could have touched it – pretty magical.  You just have to believe me on this one, but I am the small blob in the middle and dolphin is to the left of me.

The picture on the right is the same spot – no dolphins, but not bad for the middle of winter.  Brunswick Heads was the first settlement around here, used by the timber cutters over a hundred years ago to take the magnificent red cedar trees from the rainforests, out to waiting ships and off to make furniture in mother England.  There’s a place up the road in forest country called Uki – which actually stands for UK 1 – a tract of magnificent trees put aside for export – all gone now. 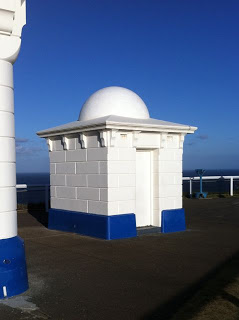 Just down the road is beautiful Byron Bay – the most easterly point in Australia – which has a hundred year old lighthouse on it’s headland jutting out into the vast blue Pacific Ocean (where you often see dolphins and migrating whales).  A popular, fairly strenuous walk is up to the lighthouse, and I couldn’t think why I was drawn to do this almost straightaway when we got back from Greece.

Then I worked it out! 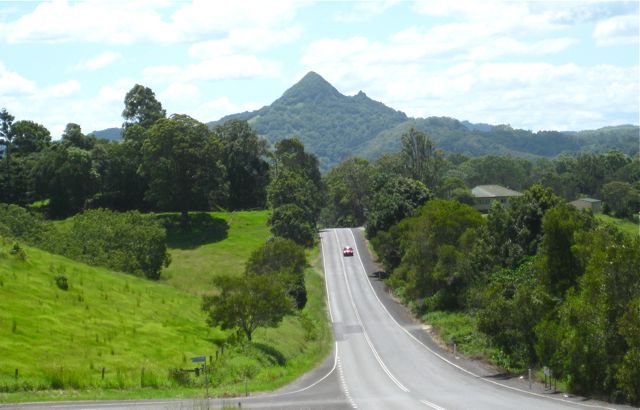 So, if you are ever up this way, make sure you turn off the Highway and take the road less travelled into Mullumbimby – oh, and if you see a Mexican in a very large sombrero – give him a lift, it’s just Shanti going for a coffee. 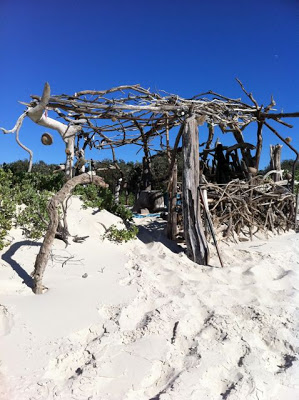 Spotted on the beach this morning – the cheapest holiday accommodation in the Byron Shire? With this amazing view! 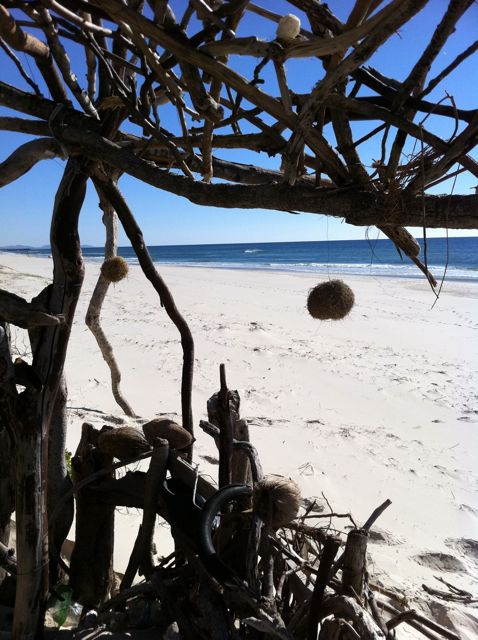